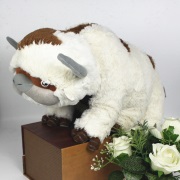 Avatar Legend of Korra is the sequel to the original series Avatar The Last Airbender. After three books(seasons) and 61 episodes in total, avatar the last airbender's final episode aired on July 19, 2008. The series had achieved great success around the world and especially in North America. We have all 61 avatar episodes available for viewing on our site. You can view the link to each book in the sidebar on the left.

Due to the popularity of the original series, it was expected that a new Avatar cartoon would be released soon but we had to wait till April 14, 2012 for the next episode in the series. The new show was named Avatar: The Legend of Korra and followed the life of seven year old girl named Korra from the water tribe. After a successful first season, the second book started airing on September 13, 2013. This season is scheduled to have 14 korra episodes, of which 8 have been aired as of this time. Again, you can view each episode on this site by clicking the appropriate book link on the left. The website is update with a new korra episode each week as it is released.